Hello! We've introduced some new rules to keep the game balanced. These have all been added to the Scoring & Standards guide and will remain there for your reference, but here is a rundown on what they are. If you have questions, feel free to ask below!

Reason: Sometimes members submit large pieces with characters that are too numerous to reasonably count. We've introduced this limit to keep it reasonable for processing purposes and to reduce mistake TC given.

2. Doodlepage submission limits
A doodle page is defined as a page of many drawings of characters with no background. (“characters” includes grown raneopets, hatchlings, and familiars) You can claim currency on up to 2 character doodlepages per month. If the page has over 10 characters, You must still provide a 2nd version of the doodlepage which is numbered for easier counting. The kinds of doodlepages are:

If you are someone that enjoys making massive doodle pages, you can still make them! However, there is a limit to how much TC you can earn on them per month.
Reason: We want to limit massive tc farming per user using character drawings - we still allow it to the limits above but we wanted to make sure there is a monthly cap. There are currently no limits on prompt submissions or general art with backgrounds, so long as the backgrounds are not recycled.

Thumbnails are NOT the sketch of your drawing! If you submit just the pieces' sketch it will be rejected. In order for something to count as a thumbnail.....

Reason: We have many users submitting their piece's sketch for thumbnail TC, but unfortunately this is not what thumbnails are so we are rejecting a lot. We're hoping these rules can make clearer what a thumbnail is and is not.

4. New Character Definition/Abstraction rule
Character art being claimed for currency (including within doodle pages) must be well-defined and cannot be overly vague, loose, or abstract versions of themselves.

The example below is just a general guide to communicate the concept. Columns 1-3 in the example would generally count for currency, with 3 being the limit, but 4 would not count.

Character abstraction is a sliding scale and if we're stuck, we compare your submission to your other pieces of artwork to decide if it counts. Ultimately it comes down to the moderator's discression, the artist's work, and the context of the submission.

Reason: We've had a number of submissions with character drawings in them that we feel are too abstract to count as a fullbody character, so introduced this rule/definition. 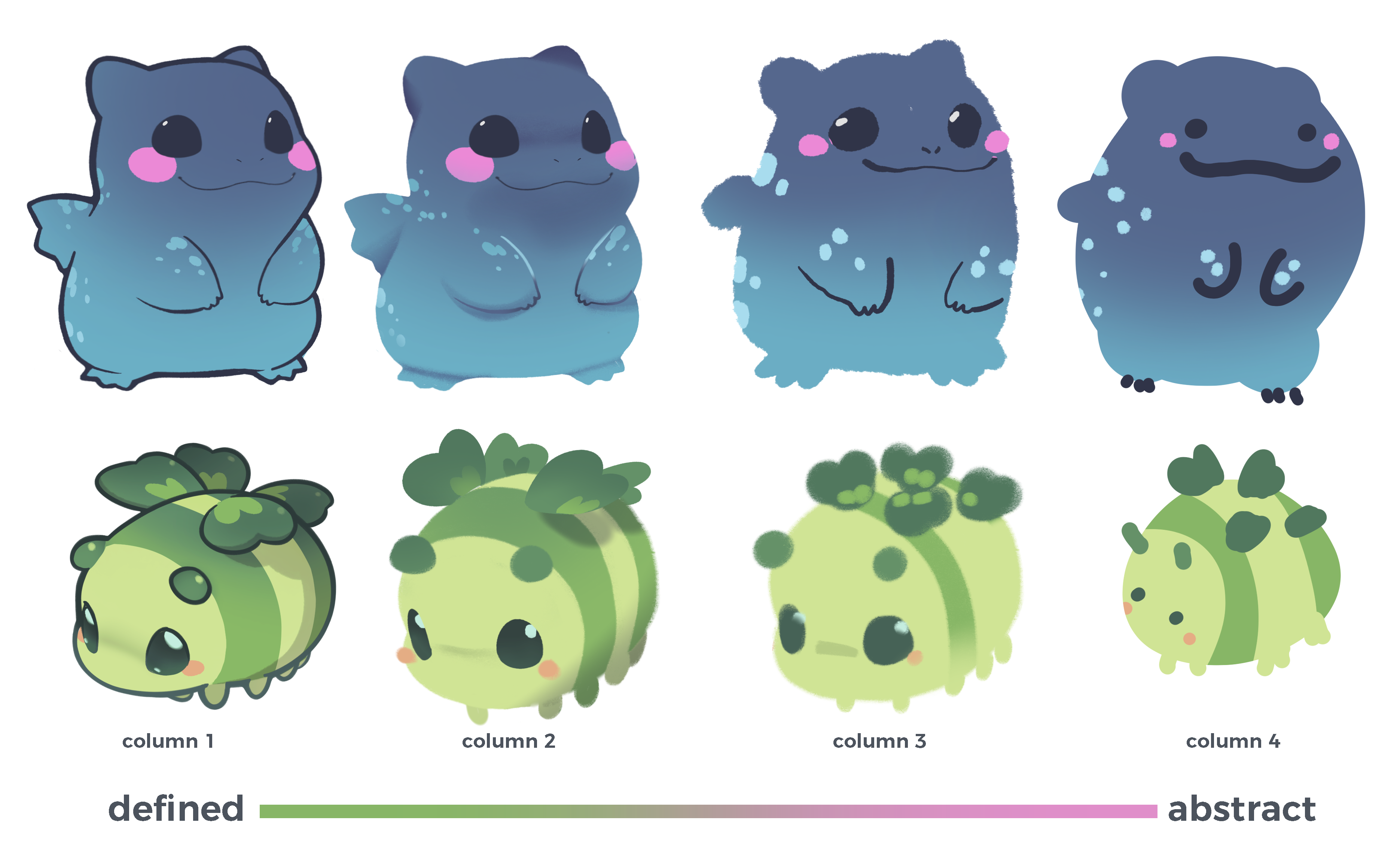 The general art queues are now reopened as of this announcement as well!

Are you sure you want to feature this comment?
Comments can be unfeatured.