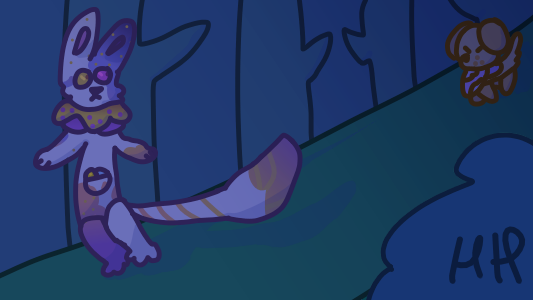 Chester's paint has different effects depending on species. Namely, it almost has no effect on ranebopets, except for maybe very young ones. As well, the most known effect is the one it has on familiars, putting them into trances where Chester influences them to cause mischief for his own ends.

The oddest effect, however, is that if a human is sprayed, they fall comatose. Of course, it's temporary, and as long as the paint is all washed off, they'll wake up perfectly fine a while later with no lasting effects, maybe a little confused about what had happened.

Her hearing Cube's father fall to his knees, wailing, painted a different picture. That… rabbit had sprayed Cube and ran, taking advantage of the shock of it all.

"Cube! ###### #### ##! ######!" Even if the human's words were nearly incomprehensible to her, she could still hear his distress, and turning around, she could see that Cube was completely motionless, having fallen onto the grass. "Cube…"

Another human, one with blond spiky hair, ran over, trying to give Cube's father comforting words, and he snapped at them in long, tearful sentences, some, if not most, involving Cube.

That is when Daisy knew what she had to do. Nose to the ground, she caught the scent of paint cans.

If he used a teleport spell, she could manipulate its remnants to follow him, and if he used invisibility, well, she had a nose for a reason.

No matter what… that rabbit will pay. 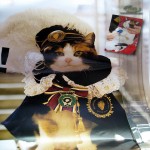 *walks towards you with malicious intent* 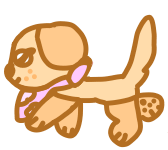 In the rich text editor:
[thumb=459]
In a comment:
[Rabbit Hunt by HimejoshiHeart (Art) ・ **Content Warning:** possible child endangerment,also implied violent intent](https://ranebopets.com/gallery/view/459)
There are no comments yet.